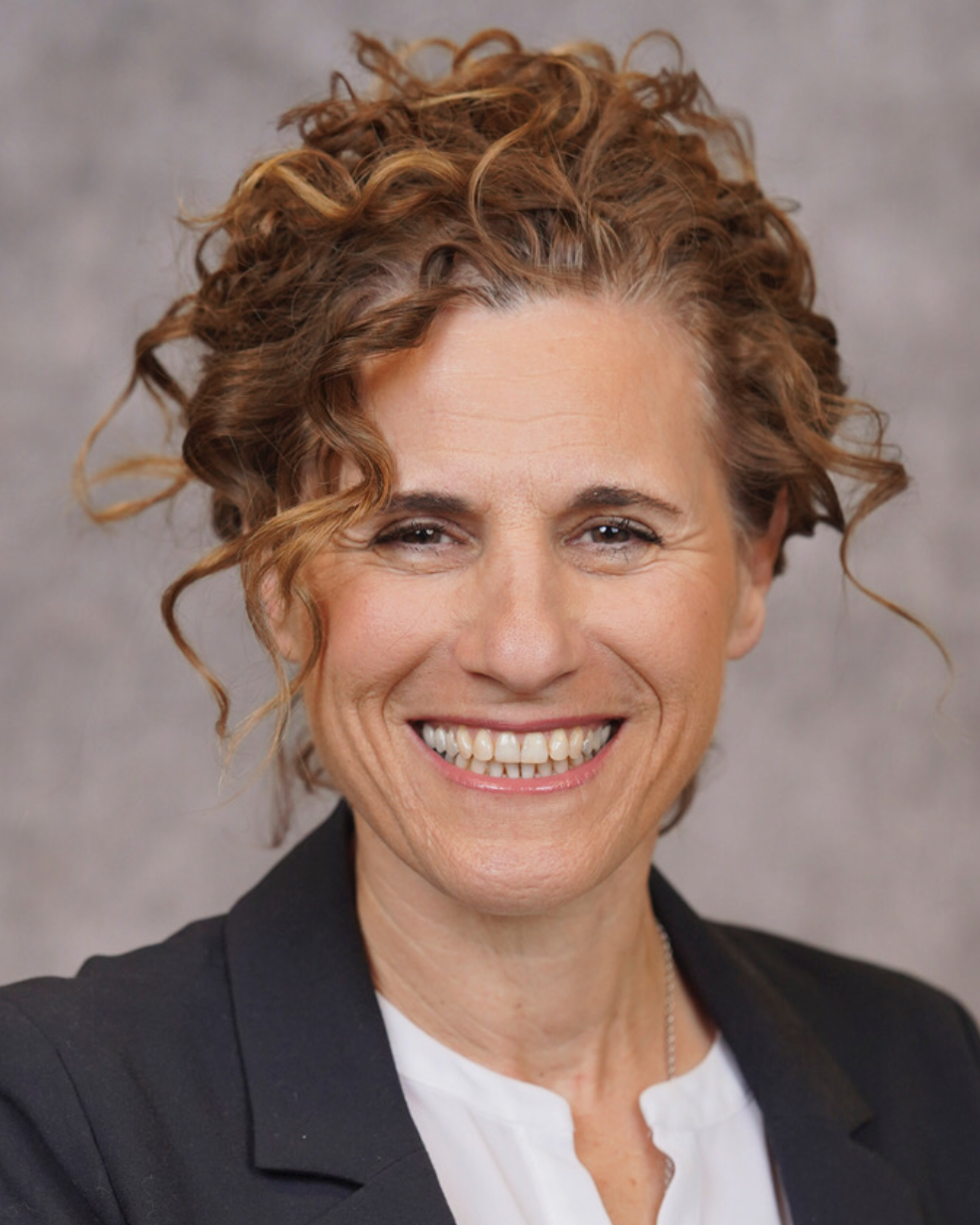 Dr. Berdan is Assistant Professor of Clinical Dentistry, Co-Chair of Endodontics and Periodontics, and Director of DDS endodontics at the Herman Ostrow School of Dentistry, University of Southern California (USC) in Los Angeles, California. Upon graduation from dental school at the University of California San Francisco (UCSF), she completed a pediatric dentistry residency at Children’s Hospital in Boston and practiced pediatric dentistry in the Boston area for a few years. Her interest in dental traumatology led her to complete an advanced endodontic program at the University of Illinois in Chicago (UIC). She returned with her family to the Los Angeles area where she practiced endodontics circa 7 years before transitioning to teaching. Dr. Berdan is active in the American Dental Education Association, has served as the representative of the Herman Ostrow School of Dentistry of USC on the Council of Faculties and is now serving on the Council of Sections. She is the Councilor for the Endodontics Section and is a member of the Educational Affairs Committee of the American Association of Endodontists. Dr. Berdan has lectured locally and nationally on a variety of endodontic topics. 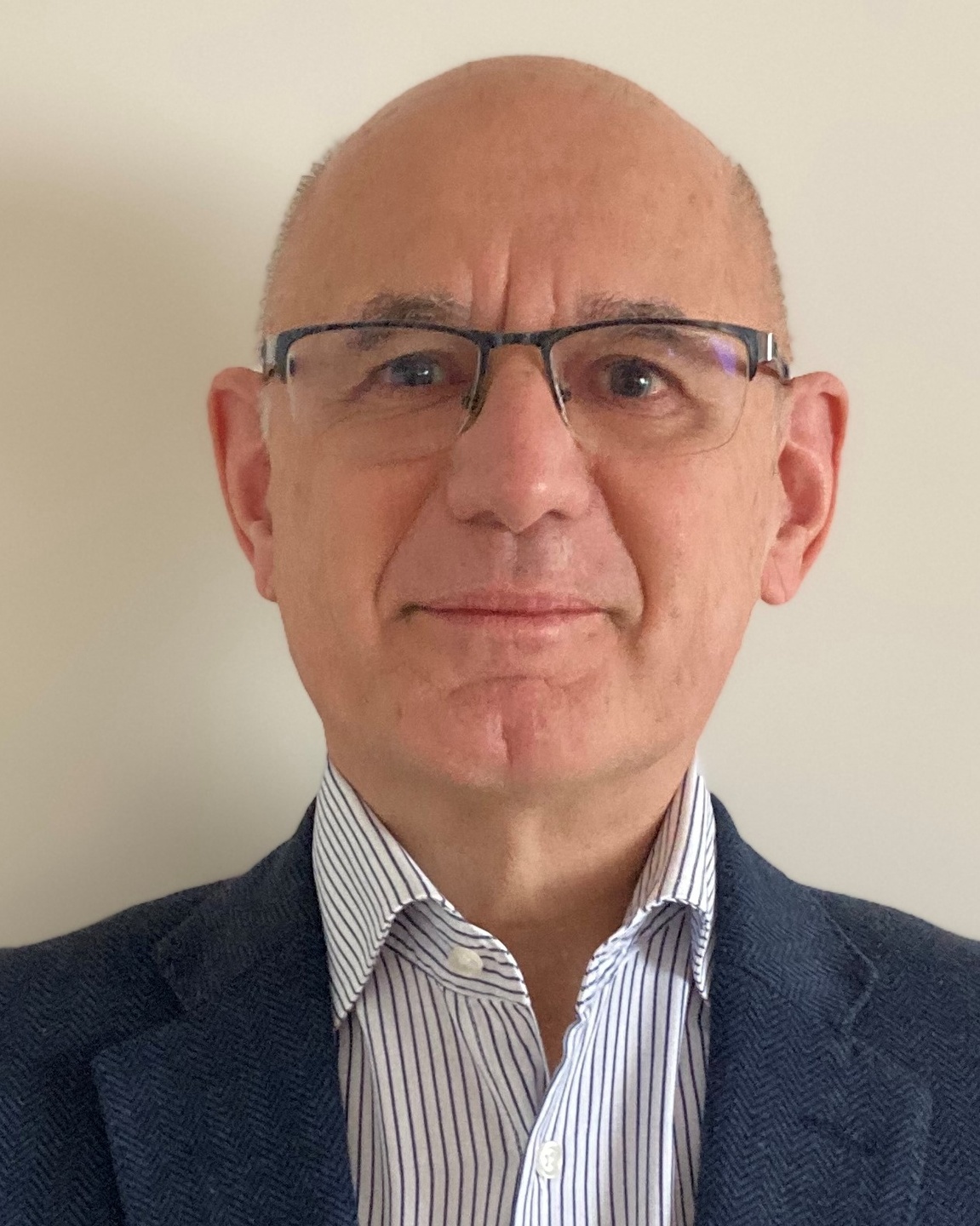 Dr. Bogaerts graduated from the Catholic University of Louvain, Brussels, Belgium and practiced as a general dentist from 1980 to 1989. In 1988, he earned a Certificate in Endodontics from the French Endodontic Society and the University of Paris VII. Following a Mini Residency in the Endodontic Department of the Veterans' Administration Affairs Hospital, Long Beach, California, in 1992, he started the first private practice limited to Endodontics in Belgium. In 1997 and 1998, he received advanced training in Surgical Endodontics at the University of Pittsburgh School of Dental Medicine. Dr. Bogaerts served as Editor-in-chief of the Belgian Dental Journal (1988-1994), Invited Consultant in the post-graduate endodontic clinic of the Catholic University of Louvain (2003-2016), President of the International Federation of Endodontic Associations (IFEA) (2012-2014), and President of the Belgian (French-speaking) Dental Association (2016-2021). Dr. Bogaerts has lectured extensively and provided hands-on courses since 1988. He published in the French, Dutch, German and English literature. 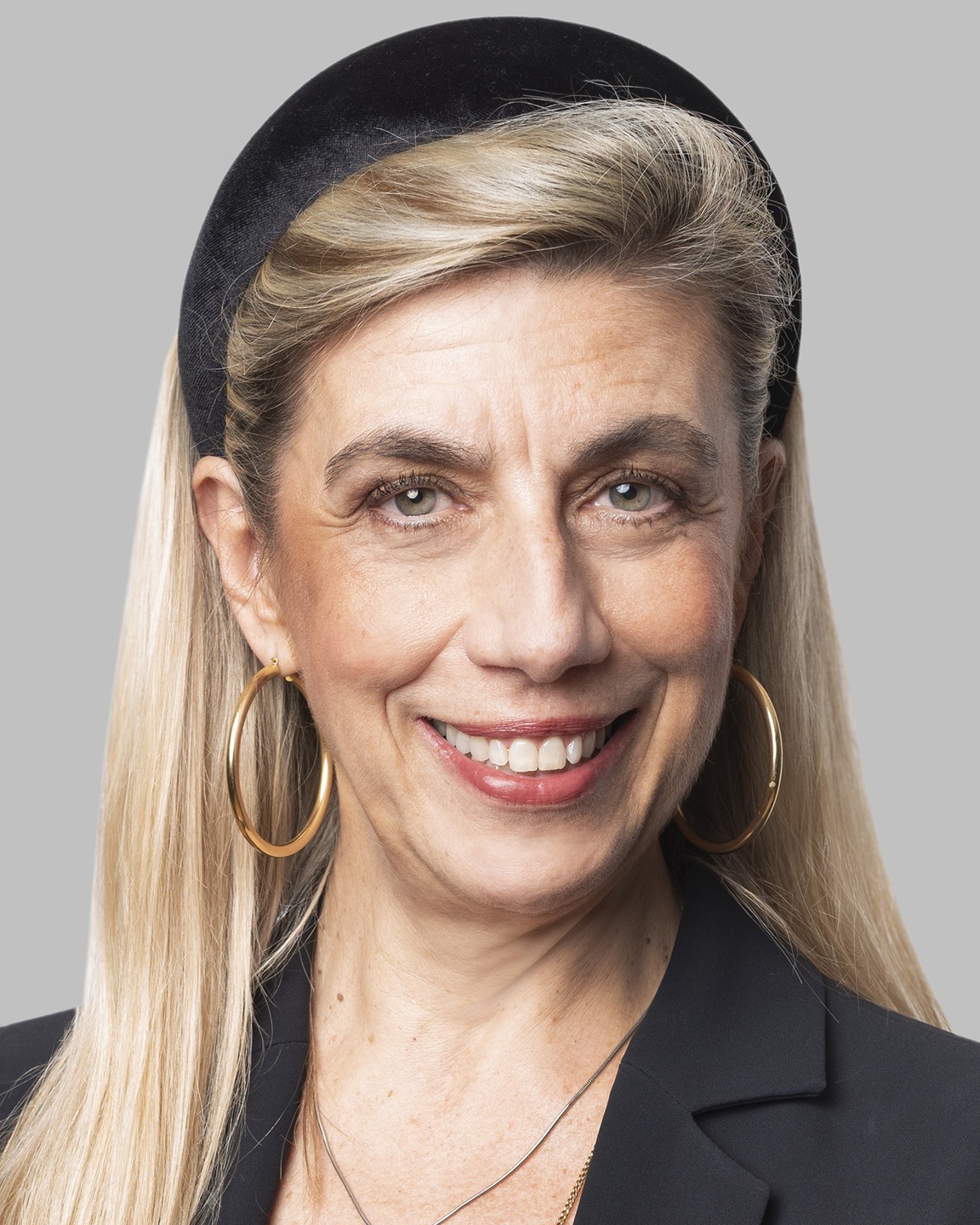 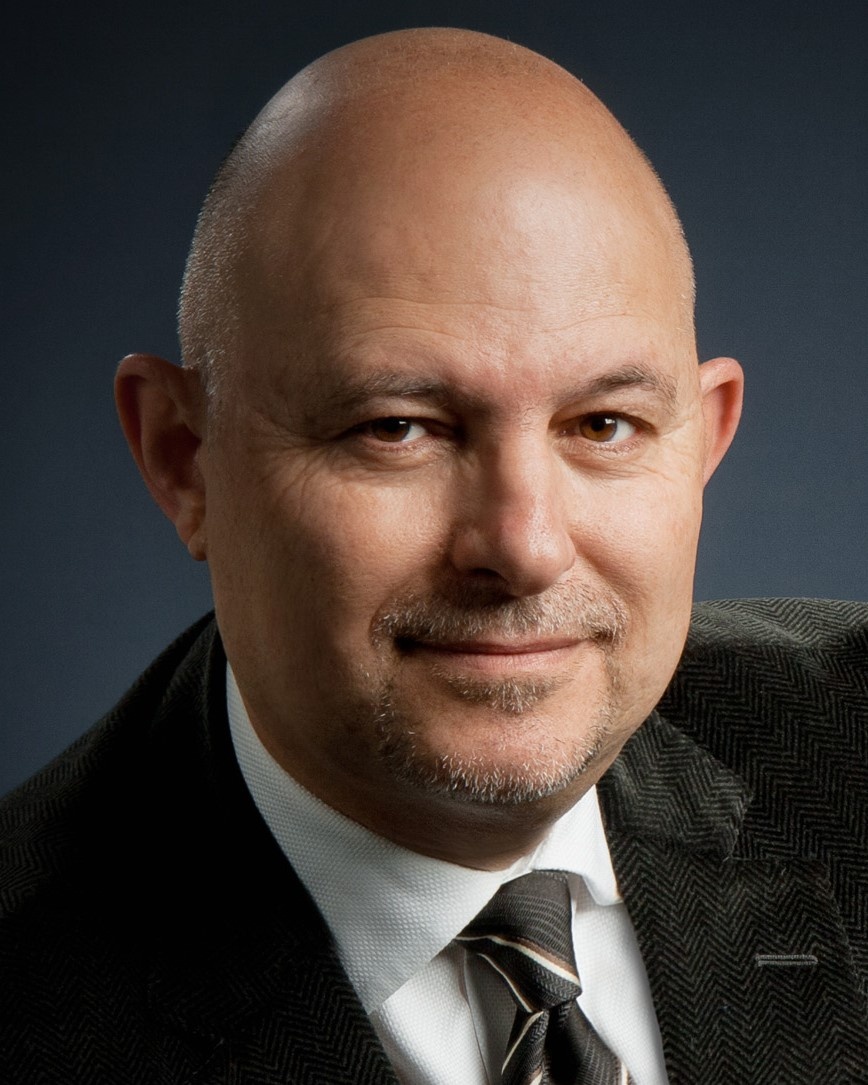 Dr. Fayad received his DDS in 1985 from the Collage of Dentistry, Cairo University, his Master’s in Oral Sciences in 1994 from the University of Buffalo, New York, and his PhD in 1996 as a joint supervision between University of Buffalo and Cairo University. He received his Endodontic training at the University of Illinois in Chicago (UIC). Currently, Dr. Fayad is the director of endodontic research, and a clinical associate professor in the endodontic department at the College of Dentistry of UIC. He currently serves on the Scientific Advisory and Manuscript Review Panels of the Journal of Endodontics, and Evidence Based Endodontics Journal. He served on the American Association of Endodontists’ (AAE) Research and Scientific Affairs Committee and co-chaired the AAE/AAOMR committee drafting the joint position statement on CBCT (2015). Dr. Fayad has numerous publications and chapters in peer reviewed journals and textbooks including Pathways of the pulp, Contemporary surgical Endodontics, and Endodontics Principles and Practice. He is the co-editor of the textbook 3-D Imaging in Endodontics: A new Era in diagnosis and treatment by Springer (2016). Dr. Fayad is a recipient of the Calvin D. Torneck Part-Time Educator Award for 2022 by the AAE. He is a Diplomate of the American Board of Endodontics and has presented extensively nationally and internationally. 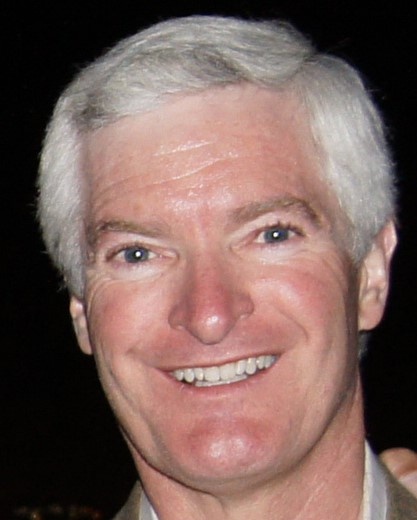 Dr. Hargreaves received his DDS from Georgetown University, his PhD in physiology from the Uniformed Services University of the Health Sciences in Bethesda, MD, and his certificate in Endodontics from the University of Minnesota. Ken spent 5 years at the Pain Clinic of the NIDCR and 7 years as an associate professor of Endodontics and Pharmacology at the University of Minnesota. He joined the University of Texas Health Science Center at San Antonio in 1997, as professor and Chair of the Department of Endodontics and is cross-appointed as professor in the Departments of Pharmacology, Physiology and Surgery in the Medical School. He maintains a private practice limited to endodontics and is a Diplomate of the American Board of Endodontists. Dr. Hargreaves has received two IADR Distinguished Scientist Awards, the AAE President’s Award and the ADA Gold Medal for Research. He has published more than 200 articles and, with Harold Goodis and Frank Tay, co-edited the 2nd edition of Seltzer and Bender’s Dental Pulp, and, with Lou Berman, co-edited the 12th edition of Cohen’s Pathways of the Pulp.  Dr. Hargreaves also serves as editor of the Journal of Endodontics. 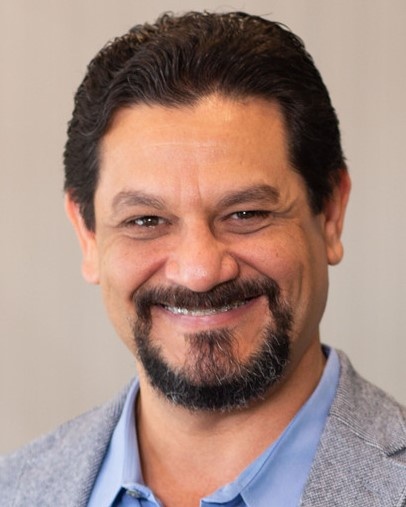 Dr. Kelliny earned his Bachelors in Dental Surgery from Cairo University in 1992. He graduated with a Doctor of Dental Surgery degree from the University of Southern California (USC) in 1998 and earned a Certificate in Endodontics also from USC in 2001. Dr. Kelliny is one of the first endodontists to integrate dental implants into their practice. He lectured extensively about dental implants and the use of planning software, and integrating 3D software and dental implants into the modern dental practice. Dr. Kelliny lectured nationally and internationally on surgical implantology and the use of custom surgical guides for implant placement, endodontic access guides and Apical Sx guides. 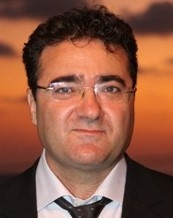 Dr. Lin is professor and researcher at the Israeli National Center for Trauma and Emergency Medicine Research, Gertner Institute, Tel-Hashomer Hospital, Israel. He graduated from the Tel-Aviv University School of Dentistry in Israel and subsequently completed post-graduate studies in Endodontics at the same university. Dr. Lin served as Head of the Department of Endodontics and Dental Trauma at Rambam Health Care Campus, Haifa, where he continues to teach, mentor and practice. He is also a member of the Ruth and Bruce Rappaport Faculty of Medicine, Technion, Israel. He is an active member of the Israel Dental Association, Israel Endodontic Society, European Society of Endodontology, and serves on the National Professional Committee of Endodontics. Dr. Lin has published over 80 papers in international dental and endodontic journals and has been actively engaged in research and dental education. 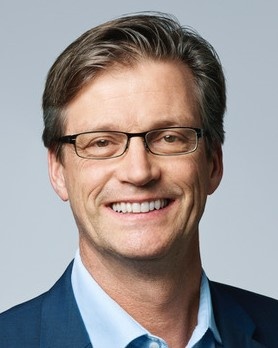 Dr. Peters joined The University of Queensland School of Dentistry in 2020 after faculty positions in Heidelberg, Germany and Zurich, Switzerland, as well as at the University of California (UCSF) and the University of the Pacific, both in San Francisco, CA, USA. He received his postgraduate education in endodontics at the University of Zurich and at UCSF and is certified as a Diplomate of the American Board of Endodontics. Dr. Peters has wide-ranging research expertise and has published more than 150 manuscripts in peer-reviewed journals, related to endodontic technology and biology. He has authored two books and has contributed to several leading textbooks in endodontics. Dr. Peters has received, among other awards, the Hans Genet Award of the European Society of Endodontology and more recently the Louis I. Grossman Award of the American Association of Endodontists. He is also a Fellow of the International and American Colleges of Dentistry. 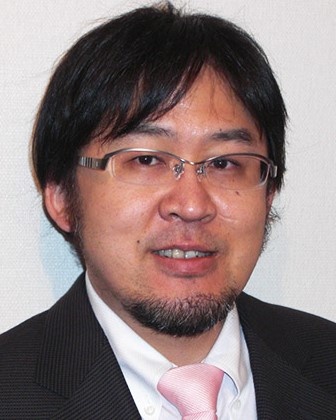 Dr. Terauchi is an adjunct professor at the Department of Endodontics, Faculty of Dentistry, Bahçeşehir University, İstanbul, Turkey, an adjunct clinical assistant professor of Endodontics at Boston University Henry M. Goldman School of Dental Medicine, and a part-time lecturer at Tokyo Medical and Dental University. He earned his DDS in 1993 and completed his residency at the Tokyo Medical and Dental University in 1995, where he also received his PhD from the Department of Endodontics. He has published several articles in peer-reviewed national and international journals. In addition, he authored several chapters in textbooks including the 11th and the 12th edition of Pathways of the Pulp, the 6th edition of Endodontics: Principles and Practice, and Retreatments Solution for Periapical Disease of Endodontic Origin. He has lectured nationally and internationally and was featured several times on National TV covering topics related to modern endodontic concepts and techniques. Dr. Terauchi has maintained a private practice limited to endodontics since 1998. 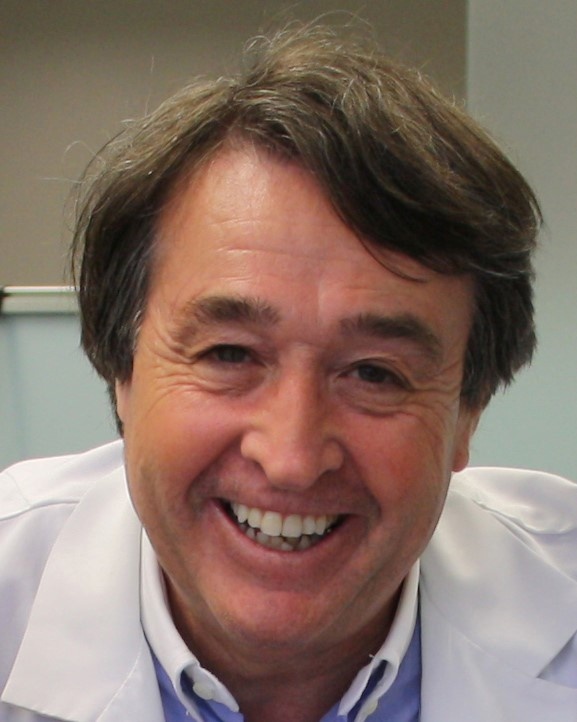 Dr. Zabalegui graduated from the University of the Basque Country, Bilbao, Spain. He specialized in endodontics at the University of Southern California in Los Angeles and received his specialty certificate in 1982. He has served as Professor of pathology and dental therapeutics at the University of the Basque Country and maintains a specialty practice limited to endodontics in Bilbao, Spain.  Dr. Zabalegui is the Founder and Director of the Center for Microscopic Endodontics where he was teaching hundreds of oral healthcare professionals since 2004. He has been an active member of the American Association of Endodontists and the Spanish Association of Endodontics for more than 35 years.  Dr. Zabalegui received numerous awards for excellence in teaching and service, and has lectured extensively on endodontics and related fields. He contributed as author and co-author to endodontic textbooks in English and in Spanish, including the latest 7th edition of Ingle’s Endodontics.